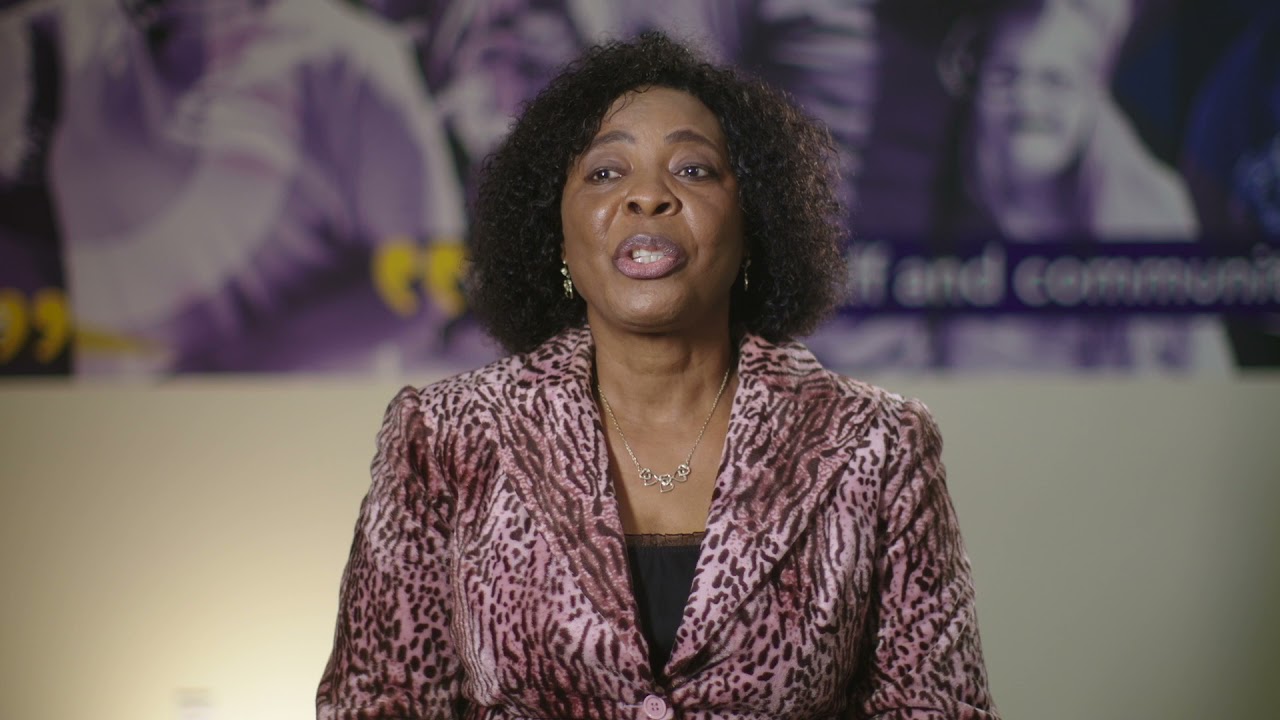 Last month, four Guild staff shared their experiences as immigrants to the United States in Suitcase Stories: Voices of the Guild. One of those storytellers is Estella Ngufor, who currently works at The Guild as a Residential Manager. We recently caught up with Estella to learn more about her background.

Estella was born and raised in Cameroon, a West African country that speaks English and French as official languages. She grew up in a large family of eight siblings to working-class parents whom Estella Describes as being "overly protective." She finished high school and later graduated from the Université de Yaoundé with a degree as a teacher of English Language and Literature. She migrated to the United States five years ago after more than 20 years as a literature teacher. Estella strongly believes that the culture and traditions of a people can be handed down orally as well as in written works.

Q. What was life like growing up in your country?

Estella: Growing up in my country was simple. It is generally said and believed that a child belongs to a woman only when it is still in the womb. Once that child is out, it now belongs to the entire community. The community raises the child according to the ethics and norms that govern that particular community. It was a more open society and very family and community orientated.

Q. How did storytelling shape your life?

Estella: Getting introduced to storytelling has shaped my life several ways. Now I know that there are many immigrants experiencing different and similar cultural shocks like me. Second, in sharing my story and listening to others share theirs, I am learning to strike a balance between the culture I was raised in and the one I am currently living in. Life is all about balance. Third, just knowing that there is an audience that cares to listen means a lot to me. Not everyone would one have someone to listen to them, and trust me, people have died, just because, there was no one to listen.

Q. Tell us about your work at The Guild.

Estella: The Guild demonstrates an awesome culture through its core values of Integrity, Respect, Diversity, Collaboration, and Excellence. In a nutshell, I would say the Guild as an organization is “warm'. In my five years with the organization, I have experienced diversity and exposure to the superlative. Honor is given to whom it is due and excellence is rewarded in diverse ways. Most importantly, working with the individuals we serve has given me a wider view of life as I get to learn from individuals with disabilities; lessons I did not learn in formal educational settings and never would have learned. I am grateful to God I got this opportunity.

Q. Do you feel storytelling has impacted your work at The Guild?

Estella: I do believe it has and positively too. After telling my story last month, I got a lot of positive feedback from colleagues at The Guild and some from people I do not know. I got a couple of calls as well, with people telling me they will be more sensitive and open and warmer to the people around them.