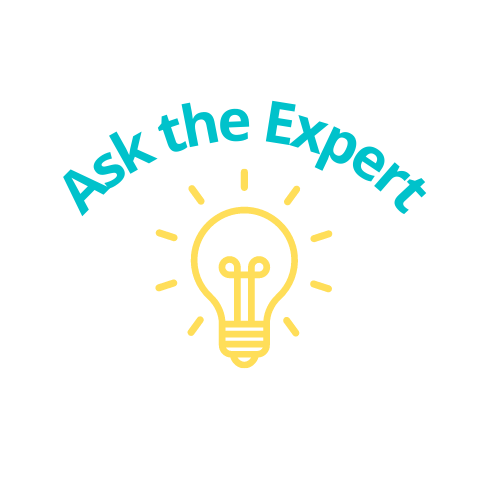 Ask the Expert: ‘Nonspeaking’ vs. ‘Nonverbal’ and Why Language Matters

The language we use to describe ourselves and others has lasting implications. Language preferences are personal, especially as terminology evolves within the disability movement to accurately reflect individuals’ unique strengths and challenges. Recently, some have shifted away from the term ‘nonverbal’ in favor of ‘nonspeaking’ to describe individuals who use modalities other than speech to communicate. In this month’s ‘Ask the Expert,’ we sat down with Corrina Riggs, M.A., SLP-CCC, to discuss the debate between these two terms and why language matters.

Let’s start with the basics: what do we mean when we use the terms ‘nonspeaking’ and ‘nonverbal’?

The term nonverbal has been around for a long time as a clinical way to describe a person who didn’t or doesn’t speak. Nonspeaking is a newer term that slowly gained some traction in the last ten years, to a point where I see many clinicians and advocates using it. People will sometimes use the terms non-oral, non-vocal, or minimally-speaking – there’s a spectrum of language.

You mentioned that ‘nonspeaking’ has gained popularity throughout the past decade or so. Can you provide some background on the debate between ‘nonspeaking’ and ‘nonverbal’ and why some advocate for a shift?

I think those in the advocacy community (and many are self-advocates) feel that the term nonverbal is stigmatized because the general population equates nonverbal to not having or receptively understanding language. Many advocates want to change the narrative on that. Semantically speaking, the word nonverbal means without words, and there’s pushback to say that nonspeaking individuals have words, but they cannot speak them.

The rise of social media and personal blogs has also given a big push to this movement. These platforms have provided folks a space to debate and get issues that matter to them to the forefront. There’s been additional advocacy to move away from all generalized, low/high-functioning labels and instead describe the strengths and weaknesses of each person without assigning any value judgments.

It sounds like the advocacy community has been pushing for language that accurately reflects the range of ways nonspeaking individuals can communicate. Can you provide some examples of these alternative methods of communication?

Sign language is a form of non-verbal communication, and many of our students use some sign or adaptive sign. Then there’s low technology Augmentative and Alternative Communication (AAC), which includes things like picture symbols. There are also higher-tech forms of AAC, like speech-generating devices or AAC apps used on an iPad. It’s been fascinating to witness the growth in the area of technology. For example, it wasn’t uncommon to see a 6-year-old holding a 10+ pound AAC device when I first started. Now such devices can be as small as a mobile phone.

What are some things the general population needs to keep in mind regarding these alternative methods of communication?

I think a lot of people are intimidated by the devices, but if you’ve got the level of computer skills that most people have, then you’ll be able to figure them out. They are designed to be simple usage devices.

They say non-verbal communication is 90% of communication, and only 3% is your words. There is a lot of communication that we all do that isn’t necessarily our words. If you’re working with individuals with intellectual or developmental disabilities, you need to be presuming competence regardless of whether or not they’re speaking to you. It’s also vital to provide non-speakers enough time to get their thoughts across. We need to honor all speech as a valid form of communication, whether it’s with an app, sign, or gesture.

From an accessibility standpoint, what needs to change for nonspeaking individuals to be fully included within the community?

I think that the acceptance of neurodivergent people is essential. The bigger umbrella piece to this conversation is embracing neurodivergence and not seeing it as a disability necessarily but as a difference. I think education is always a big step towards change-making. Once you start understanding something more, then you’ll see change. 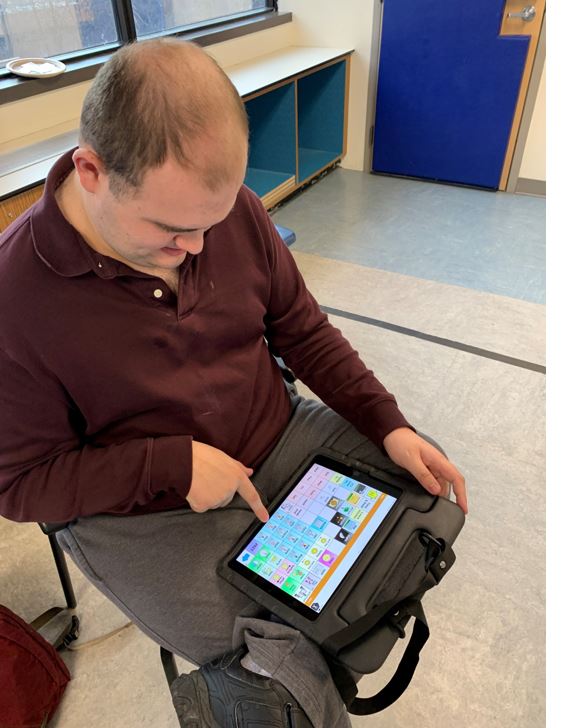 AAC devices, like the one Alex R. is using, are often portable tablets individually programmed with words, phrases and expressions that individuals can use to create messages in order to communicate.