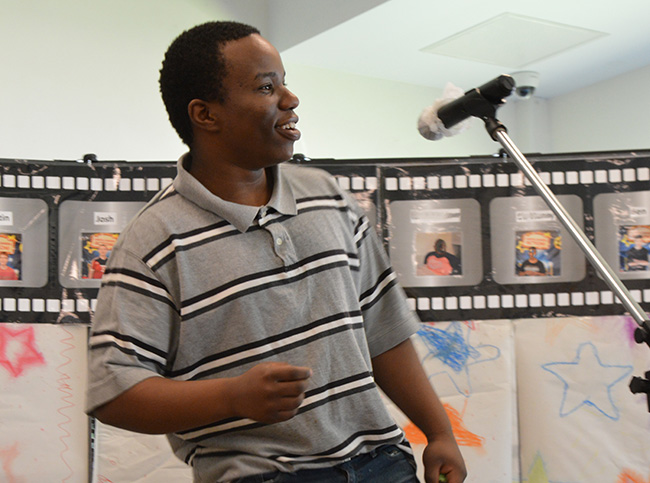 “Guild’s Got Talent” – the theme of this year’s Guild School talent show – proved to be no mere boast as about 20 students showed off their skills and abilities by playing musical instruments, singing, dancing, performing magic tricks, telling jokes, demonstrating contortionist flexibility and even simulating noises from different car brands.

While most of the students showed off their talents solo, the annual event also featured a student-teacher song-and dance-routine and a group reading of Eric Carle’s classic “Head to Toe” by Shaina’s class.

Students auditioned about two months ago and practiced regularly in subsequent weeks, according to show organizer Julie Finke, the school’s music therapist.

“The talent show represents an opportunity for the students to practice working through anxiety (stage fright), a chance for them to be seen at their creative best and a strengths-based way of building community,” Julie says. “I know they were excited to see their fellow students and staff there to support them.”

The talent show, which drew a capacity crowd to the gym, was a true Guild-wide community effort. Several students created new artwork to decorate the gym, four students worked a vocational services shift as stage crew, and a couple assisted with emcee duties.

“The students can’t wait to do it all again next year,” Julie reports.