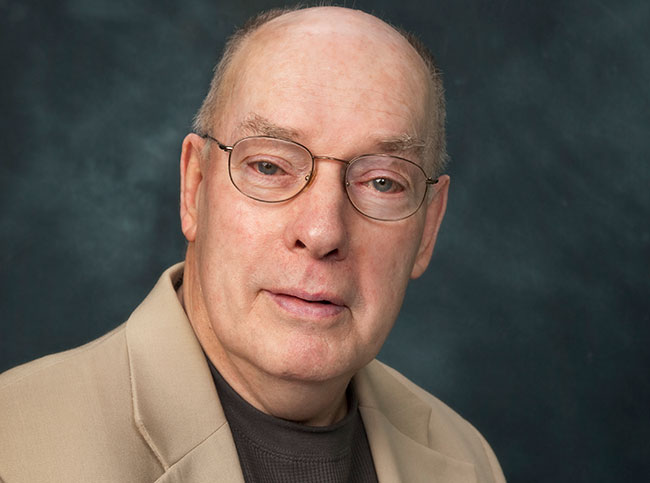 While Bill Power prioritized meeting the needs of the individuals served by The Guild for Human Services, the agency’s longtime program director also showed a keen interest in developing the next generation of human-services leaders.

Maureen Costello-Shea, The Guild’s chief program officer. “Many of the leaders in human-services agencies throughout Massachusetts today started their careers working for Bill at The Guild.”

Bill, who served The Guild for 42 years in a variety of capacities, including program director and trustee, died on Jan. 13. The longtime Medford resident was 89.

Maureen herself started her career at The Guild when Bill hired her as a unit coordinator in 1982, shortly after she had earned her master’s degree in intensive special education from the University of Vermont’s Center for Developmental Disabilities.

“He always managed to get good people to work for him,” she recalls. “He gave them opportunities because he saw something in them, even if perhaps their resume didn’t indicate they were always ready for all of the responsibilities of the job. He felt an obligation to teach and develop his staff.”

Bill was also known for his hands-on approach to his job. “He took the time to interact with every person at every level,” Maureen remembers. “He knew every student, every family and every employee.”

Bill joined The Guild as a program coordinator in 1975 and was later promoted to program director. After his retirement, he accepted an invitation to serve on the Board of Trustees and remained a board member until 2017.

“I was thrilled when he agreed to join the board after he retired,” says Eric Rosenberger, a trustee for 15 years and board president from 2012 to 2018. “With Bill, the kids always came first. He was one of the few people I knew who was completely and utterly devoted to what he did every day.”

Bill’s wealth of knowledge was so invaluable to the board that Eric would not let him leave.

“Each year at a certain point, he’d say, ‘I think it’s about time I retire from the board,’ ” Eric recalls, “I’d say, ‘I understand what you’re thinking, but do me a favor: I need your help on the board, so let’s do one more year.’ I repeated that conversation five or six times.”

Prior to joining The Guild, Bill served as executive director of the Worcester Rehabilitation Center and regional director of the Easter Seal Society, where he ran its first Child Advocacy Project.

In lieu of flowers, the family asks that donations in his honor be made to The Guild.