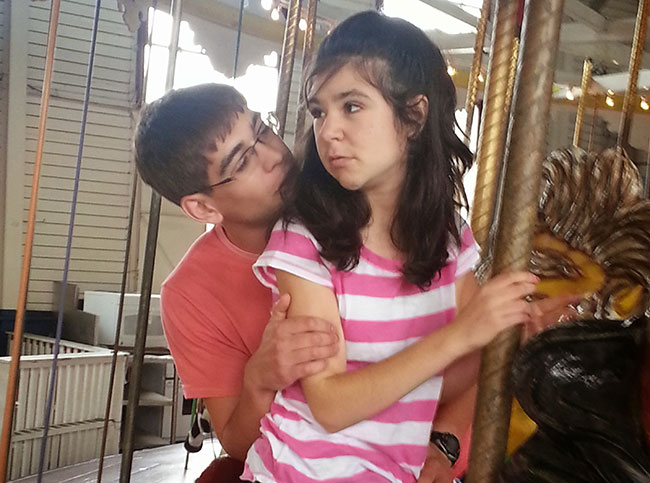 Kaitlyn Tarr has been an inspiration to her big brother, "Mikey."
April 2, 2019

No rivalry between these two siblings

Although Kaitlyn Tarr may not realize it, she has long served as an inspiration to her beloved big brother, “Mikey.”

The 20-year-old Guild School student contributed to Michael’s decision to pursue a career in medicine, shaped his sunny disposition and taught him to be grateful for what he has.

National Siblings Day, which will be celebrated on April 10, carries extra meaning for the emergency medicine resident who works at three hospitals in the Bronx.

“Who I am and where I’ve gone in my life is because of my relationship with Kaitlyn and what she has taught me,” says Michael, 28, a graduate of New York Medical College. “From her, I learned to enjoy every day and not take for granted what I have and what my abilities are.”

The second oldest of Norman and Sue Tarr’s four children, Michael and older sister Becky, 32, spent many a summer day taking care of Kaitlyn and Elizabeth, 23, at a camp in New Hampshire. Michael fondly recalls the older siblings taking the younger girls to the beach to swim and play in the sand.

While Kaitlyn could occasionally be difficult, she was easy to cheer up and had a generally pleasant demeanor. Her positive attitude affected her brother.

“You can look at life any way you want,” he says. “It’s not hard to be miserable if you want to be, but if you focus on the enjoyable aspects, it’s easy to be happy.”

“Throughout medical school and throughout my residency, I have been heavily involved in advocating for people with special needs and how providers can improve the quality of care that individuals with intellectual disabilities receive,” he says.

Clearly, Kaitlyn would be proud of “Mikey,” just as he is proud of her.