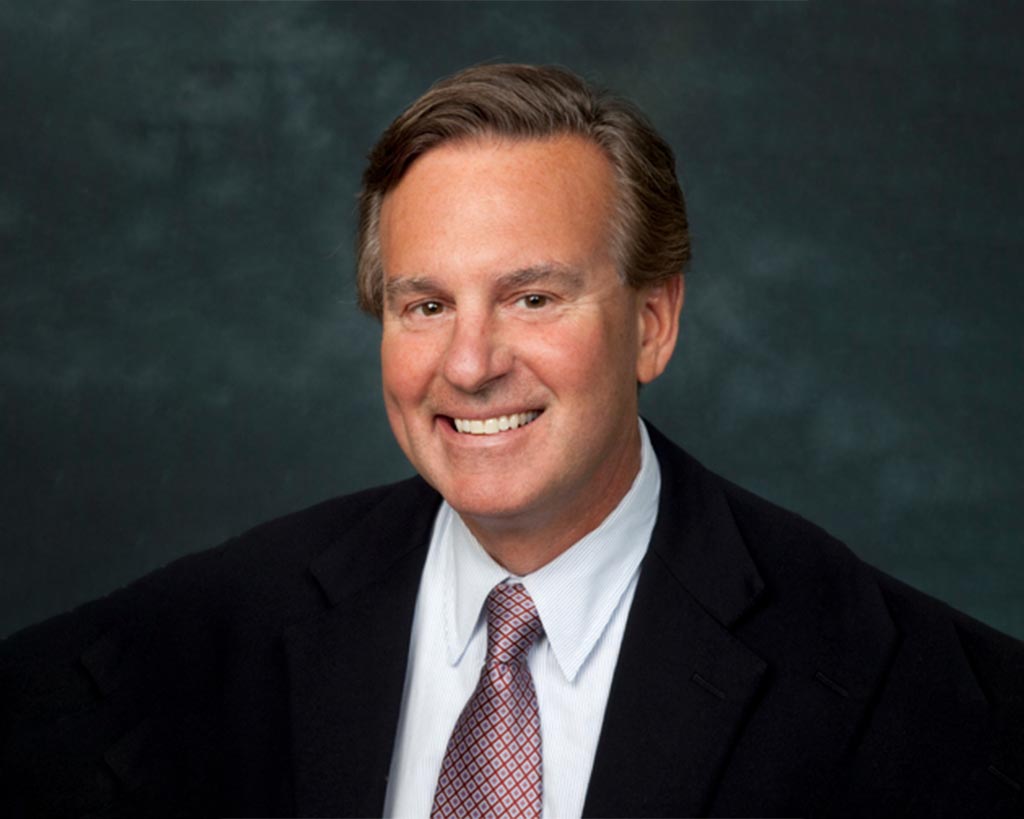 Thomas P. Corcoran, president of The Guild's Board of Trustees
January 9, 2019

Thomas P. Corcoran, the new president of the Board of Trustees, is struck that even now, more than five years after his son Conor graduated from The Guild School, staff members inquire about him.

“When I walk around The Guild, I still get asked, ‘Hey, how’s Conor doing? We really miss him.’ ”

To Tom, those interactions affirm everything he has believed about the agency since Conor enrolled as a 10-year-old in December 2001: The dedicated, caring staff – from classroom teachers to nurses to therapists – are committed to ensuring that every individual reaches their potential to lead a high-quality life and participate meaningfully in society.

Conor, now 27, is doing just that. He lives in a residential home with three other young adults and works part time doing kitchen prep work.

“The Guild,” a grateful Tom says, “changed his life.”

Tom, who retired from the General Electric Co. a few years ago, spent more than 35 years in senior leadership roles in the banking and finance industry. He joined The Guild’s board in 2008 so he could give back to the agency that had provided such outstanding support for his son.

“I feel like there is a level of indebtedness to the organization for all of the things it did for Conor and our family,” Tom explains.

As a Guild board member and chair of the Finance Committee, Tom played a key role in the establishment of the adult residential program in 2014 and the agency’s move from its longtime home in Waltham to Concord in late 2016.

“The Guild always had the quality of staff and quality of program, and now we have a quality facility, too,” he says. “I’m happy that the board made the commitment to purchase the building and create a new school in Concord. We went from cramped spaces with little natural light and limited parking to a wonderful new space that we now own.”

Tom is acutely aware of who he is following in his new role. “I’m humbled to be one of the few people not named Rosenberger to serve as the leader of the board,” Tom says. “I’m incredibly respectful of everything that family has done for The Guild over many decades of service.”

With the new 60,000-square-foot building in Concord, Chief Executive Officer Amy C. Sousa on board and a talented senior management team in place, Tom sees only bright days ahead for The Guild.

“We’re in such a great place and there is so much positive momentum,” Tom says. “I look forward to growing the membership of the board, to help with philanthropic efforts, and to work with Amy and the senior leadership team to support the organization and its mission.”