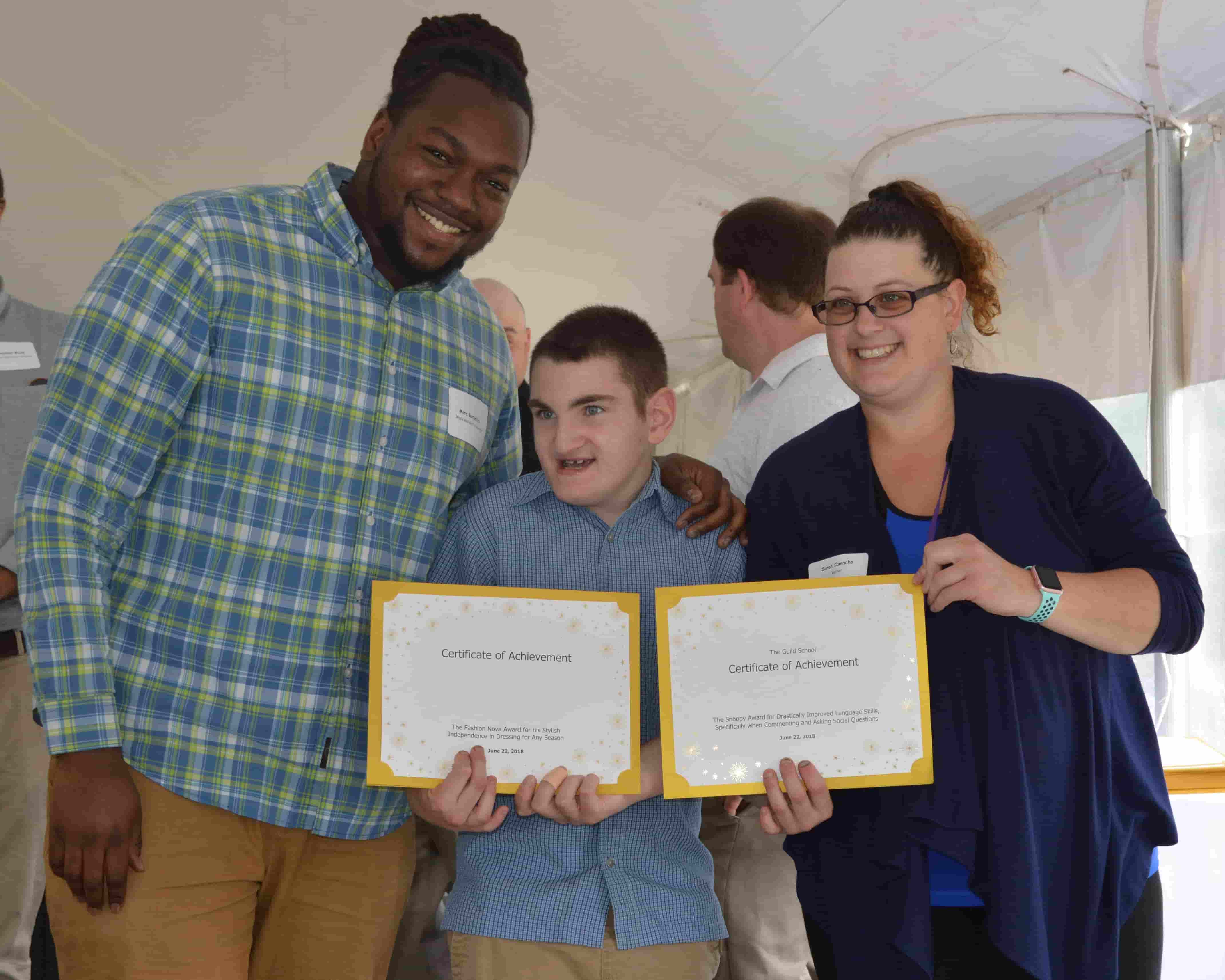 For Jesse P., The Guild is another home

Whenever Jesse P. is near a pond or lake, he enjoys tossing in a rock or stick to honor someone close to him. “This one is for Mommy. This one is for Daddy. This one is for Calvin (his younger brother).” As he recites names with each throw, he also includes members of his Guild for Human Services’ family.

“We sort of feel like it takes a village to raise Jesse, and it has turned out like that,” explains his parents, Kathy and Zach. “He has three homes – Dad’s home, Mom’s home and his Guild home.” The Guild has been the 19-year-old’s home for nine years, since his impulsive, aggressive behavior made him too difficult and dangerous for his parents to manage. He was hospitalized three times before he turned 10 years old.

Jesse’s parents have seen enormous growth in their son since he first came to The Guild. They are delighted that he now uses a hall pass to go to the bathroom by himself at school, and were thrilled to discover that when he’s at their homes, with minimal prompting, he is able to wash his hands, clear his dishes and recycle his trash. He has thrived on the structure provided by The Guild School and Maple House.

“We are hoping that his progress with these types of activities of daily living will continue into adulthood, so that he can transfer these skills into the wider community,” say Jesse’s parents. “Any small steps toward increased independence are a huge accomplishment for Jesse, and we don’t take his progress for granted.”

"For Jesse, vocational education is a way to expend his energy in a productive way,” says Shawn Massak, manager of employment services at The Guild. “He also enjoys the opportunity to interact with new people. Jesse earns (good behavior) tokens for his work, but he’s really motivated more by completing the task. It’s important to him.”