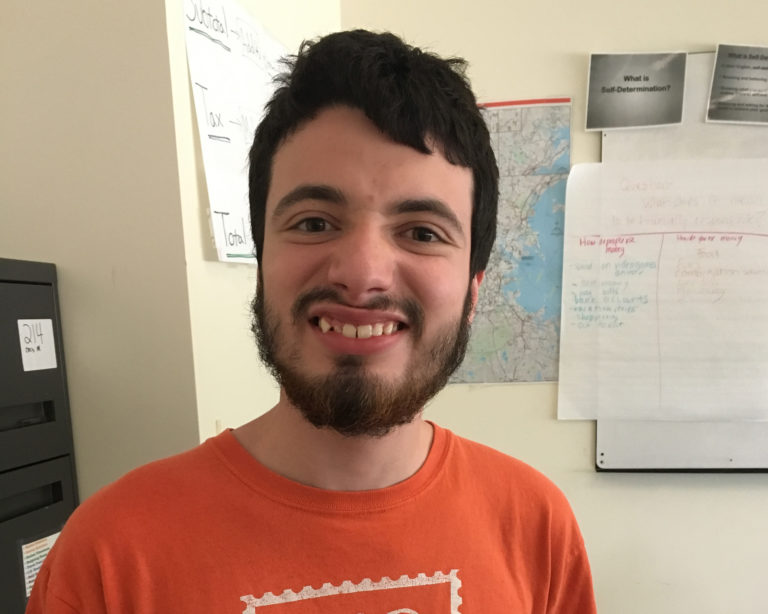 After Jesse suffered a seizure in 2011 at age 14, his parents, Carole and Dan, witnessed a dramatic change in his temperament. The seizure slowed his brain function and left him unable to handle his schoolwork, making him frustrated and increasingly aggressive. When he was released from the hospital after a particularly violent episode in 2014, he came directly to The Guild for Human Services as a residential student.

In the ensuing four years, his outbursts have gone from frequent to rare, and he is again the cheerful, outgoing individual his parents knew before he had the seizure. “Jesse is back to being himself,” Carole says. “He has now come back around to being the happy camper that he used to be.”

A team of Guild professionals – teachers, therapists, nurses, behaviorists, a psychiatrist and a psychologist – has worked together to help Jesse control his outbursts and develop academically. “The Guild has been skillful in establishing the right atmosphere for Jesse, learning who he is, what pushes his buttons and what makes him happy,” Dan reports.

Of particular help to Jesse has been the Zones of Regulation, which help individuals use colors – blue (sad), green (happy), yellow (frustrated) and red (angry) – to describe their feelings and employ coping strategies. The zones are used both at school and at Sassafras House, where he lives.

For Jesse, many of his most enjoyable times come when he is moving. His favorite activities include yoga, Zumba, music, karaoke, visiting restaurants, taking walks, vocational education and a variety of sports. He also attends a Jewish youth group every month and participates in Guild community engagement events.

For the last year, Jesse and his speech therapist, Andrea Edmunds, have worked on a “me” binder as part of the social thinking curriculum. The binder includes sections on his strengths, when he needs support and should advocate for himself, and pictures of people in his life who have contributed to his progress. The final section will include tips and tricks for working with him. “In Jesse’s case, the gains are so demonstrable that you can talk about them because they are easy to see,” Andrea explains. “I have no doubt that he’ll reach his full potential.”