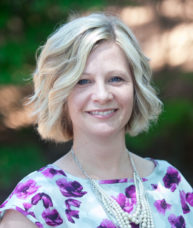 Amy C. Sousa, the chief executive officer of The Guild for Human Services, was named one of five finalists for the 2019 Nonprofit Excellence Leadership Award by the Massachusetts Nonprofit Network (MNN).

The winners will be announced at MNN’s Nonprofit Awareness Day celebration at the State House on Monday, June 3. The Excellence Awards were first presented in 2009 at the inaugural statewide Nonprofit Day, a state holiday that was recognized and signed into law by then-Gov. Deval Patrick in 2008. The holiday is celebrated each year on the second Monday in June.

“I am humbled to receive this recognition from the Massachusetts Nonprofit Network,” says Amy Sousa, chief executive officer of The Guild for Human Services. “To me, this honor represents an acknowledgement of The Guild staff’s dedication and commitment to the individuals we serve.”

Amy joined The Guild in 2017 after serving for five years as executive director of Wediko Children’s Services, a Boston-based nonprofit organization.