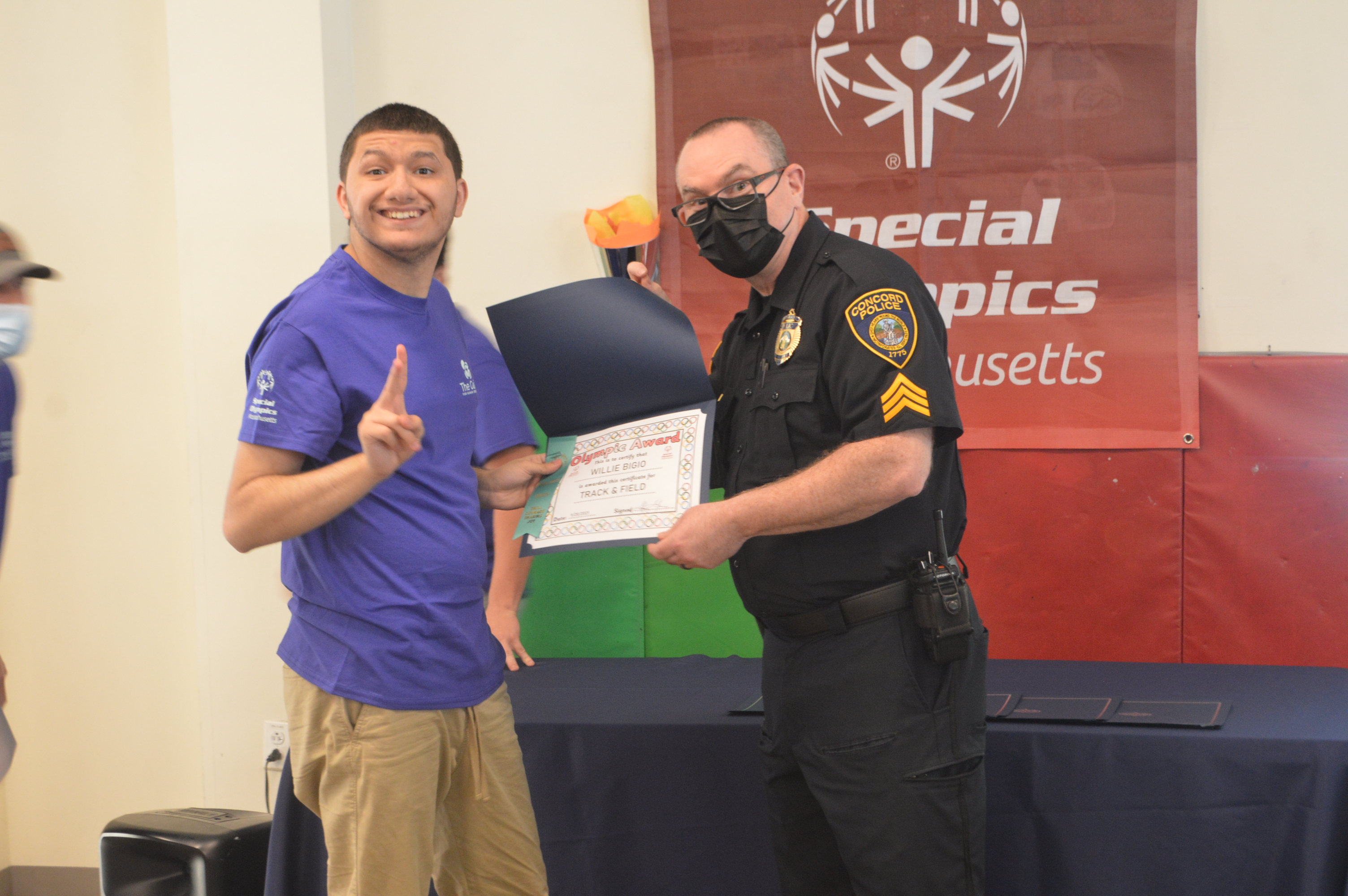 The Guild for Human Services, which educates, encourages and empowers individuals with intellectual disabilities, recently was joined by members of the Concord Police Department to honor seven Guild School athletes who participated in the Special Olympics Area Games in Track and Field competition this summer. The Guild launched a new Special Olympics team this year as part of its mission to help its students and residents achieve their full potential to lead high-quality lives and participate meaningfully in society.

The Guild athletes participated in Track and Field events at Emerson Park in Concord, including track events from 25-meter walks with assistance through the 200-meter dash and the softball throw.  Due to COVID-19, the Guild team competed as a cohort, and times and distances were submitted to Special Olympics Massachusetts for heats with other athletes in the region. The Guild plans to incorporate up to 17 Olympic-style sports offered through Special Olympics Massachusetts in the upcoming year.

“The event is a tribute to athletes from our region and throughout the state who have trained for many weeks to prepare for competition that day. We are inspired by these athletes' accomplishments: working to achieve their personal best. This is the best of sport – the purest, and most true to our deepest ideals. We not only admire these athletes for their athletic efforts, but also for their contributions as citizens,” said Geoff Garfinkle, Director of Community and Vocational Education at The Guild for Human Services.

The Guild would also like to thank Anna McKeown and the Concord Recreation Department for their use of town facilities and planning assistance.

Special Olympics was founded in 1968 by Eunice Kennedy Shriver when the first Summer Games were held in Chicago. This year marks the 100th anniversary of her birth and legacy of inclusion.