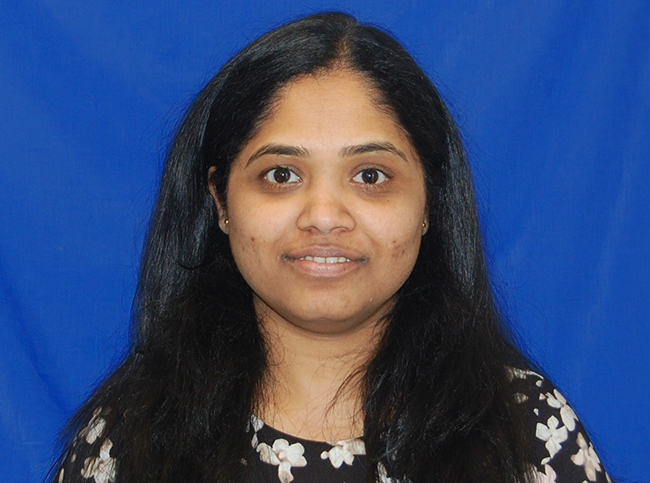 Helping employees behind the scenes during the COVID-19 pandemic

Anjani Aineni emerged from her support role as the benefits specialist in the Department of Human Resources to become a crucial contributor to The Guild for Human Services’ efforts to keep staff members healthy and safe during the COVID-19 outbreak.

Anjani served as The Guild’s point person for monitoring the well-being of more than 500 staff members during the height of the pandemic from mid-March through mid-May. She was responsible for ensuring that the more than 150 staff who called out because of illness during the two-month span did not return to work until they had tested negative for the coronavirus or were cleared by a physician.

“All of a sudden, HR was at the center of The Guild’s operations,” recalls Anjani, who joined The Guild in 2019. “There was an urgency to process the information quickly and accurately.”

During the surge, Anjani’s standard work day stretched deep into the night so she could be available to field calls and emails from managers reporting that staff had called in sick for their shifts at The Guild’s 19 residences.

After being notified that a staff member was not feeling well, Anjani immediately reached out to the employee. She checked on their symptoms in accordance with Centers for Disease Control guidelines; arranged for them to see a physician or get tested if they did not have their own doctor; and explained The Guild’s protocol for returning to work.

Frequently, Anjani found herself offering a supportive word to an unnerved employee. “Some employees, particularly younger ones, were scared and needed to be assured that they would be all right,” she says.

Anjani encouraged the employees she spoke with to take time away from work to be sure they were both physically and mentally ready to come back to The Guild. “Sometimes, if they felt stressed out, I told them to take a mental health day to recover,” she says.

During the pandemic surge, Anjani was impressed by the professionalism of her colleagues and their commitment to ensuring that they would not transmit the virus to the individuals served by The Guild.

“Even though we did not know how things would end up, there was no panic among the staff,” she says. “Everyone was very determined to do what they could in their own roles to help The Guild. We trusted each other and were confident that together we would get through this.”