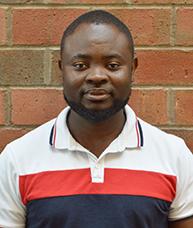 Mustapha joined The Guild in January 2011. During his tenure, he has been promoted to four different positions with increasing responsibility in both The Guild’s youth (ages 6-22nd birthday) and adult (22 and over) programs, culminating in being named director of adult residential services in 2017. Mustapha holds master’s degrees from the University of Ghana and Brandeis University. He earned a doctorate in international relations from the Geneva Graduate School of Governance in Switzerland. Mustapha celebrates each milestone attained by the individuals we serve who come to The Guild after turning 22. In his free time, he enjoys playing and watching soccer, engaging in community service at his local mosque and reading books.