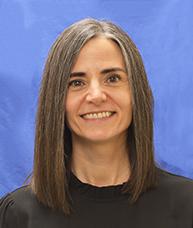 Deanna joined The Guild in March 2015 as finance manager before being promoted to director of finance in 2017. During her this time, she has overseen the financial aspects of the expansion of the adult program as well as the rapid growth of the youth program. Prior to The Guild, Deanna served as the chief financial officer at Milestones, a day school and transitions programs, for 10 years. There, she played an integral role in the successful program expansion and the design and implementation of program reconstruction.

Deanna traveled for 17 years with her husband, a Chief in the Navy, and earned her bachelor’s in accounting from the University of Southern Maine.